Client: Socar Energy
Location: Tbilisi / Georgia
Team: Kerem Erginoglu, Hasan Çalislar, Emre Cestel, Quentin Gaucher, Idil Yucel
Petroleum (Oro Nero) and natural gas are the fundamental sources of the wealth for Socar and Azerbaijan. The oil platforms and gas pumping stations in the region thus constitute the main source of inspiration fot the project. Apart from creating an iconic building for Socar Energy Headquarters in Georgia that reflects the energy of Tbilisii, the objective is also to deisgn an attractive public sapce that will revide urban life and lend value to it.
The city of Tbilisi is evolved around a river and features various urban identitites along the course of it. While the former city center is located in the northwest, business centers and the relatively new settlements of immigrants are clustered the southeastern part of the river. Oro Nero Business Center is also situated on the riverbank, near the business district and immediately next to the “Marriage Hall” one of the examples of Brutalist architecture in the city.
As the project was developed, the advantages of the sloped topography were utilized and area was shaped around it by creating a public sapce at its center. In order to maximize the use of public sapce, the Board Rooms were buried underneath it. Embedded public squares and garden areas were defined around masses set on the slope in differetn areas.Three towers were installed on the three corners og the public sapce. In order to meet the needs of the offices, the façades of these towers were equipped with blinds of different degrees of opacity and designed with parameters based on the sun/shade ratio the façades are exposed to. 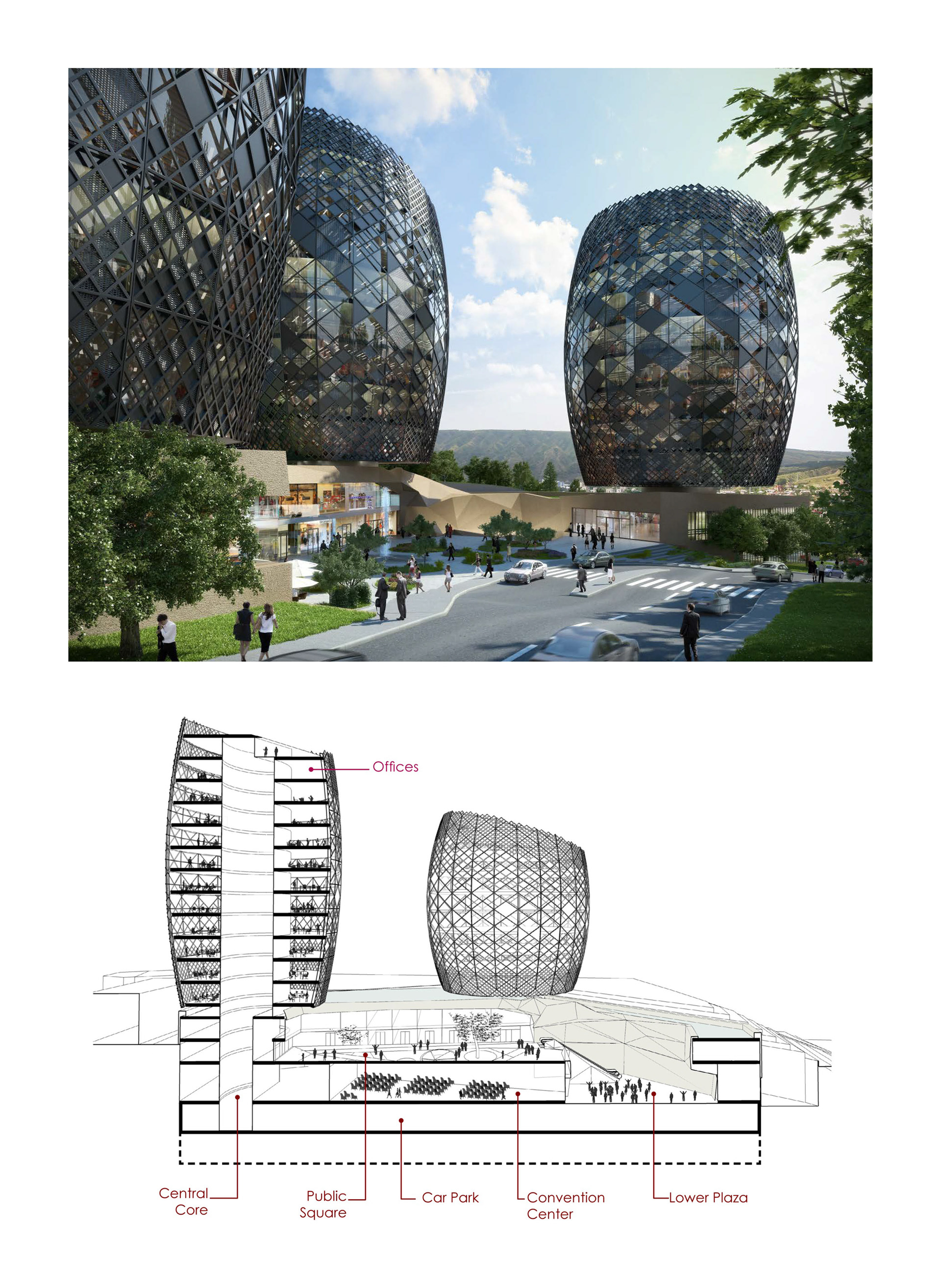 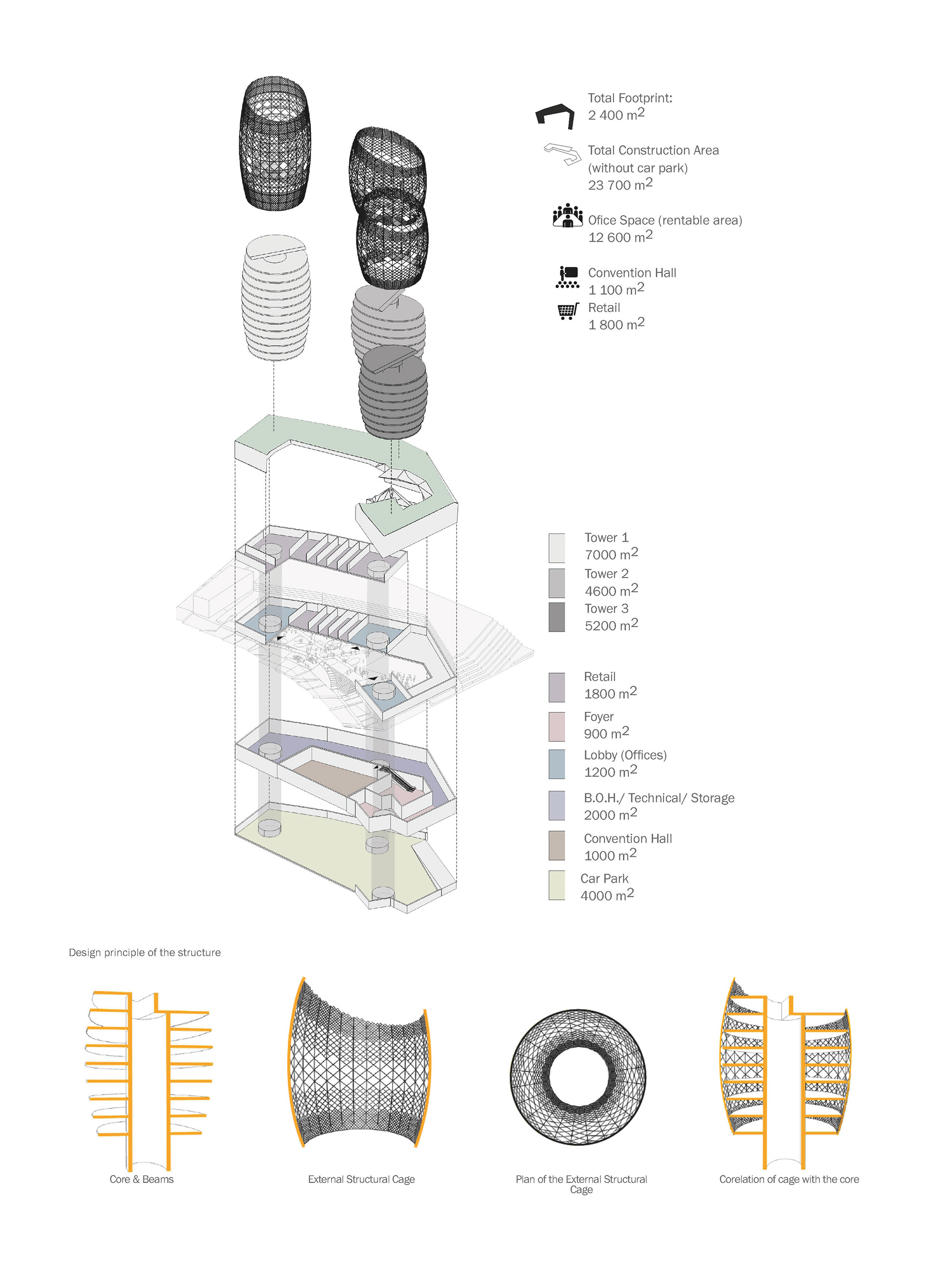 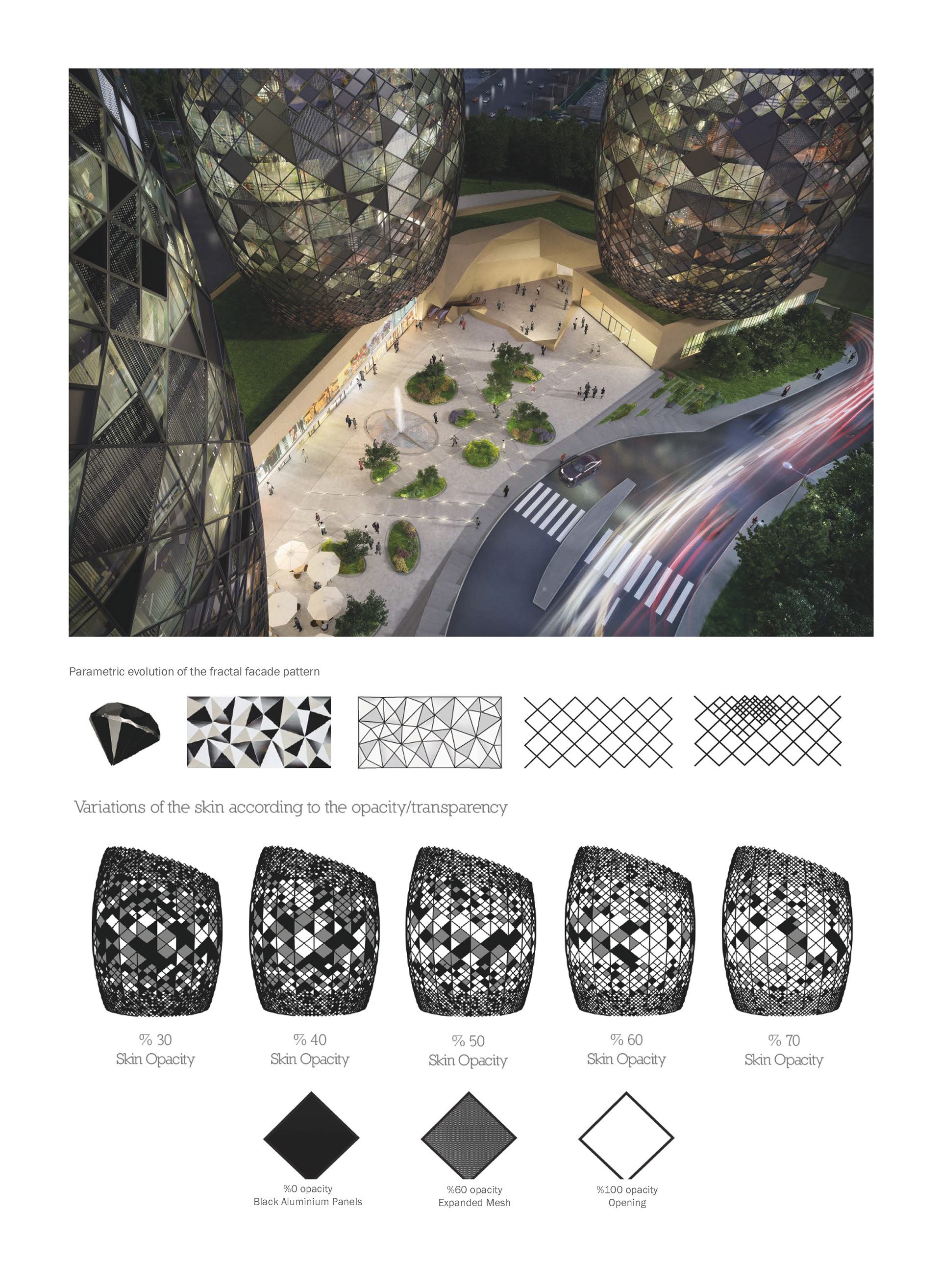